Rise of the… No, just sit down! 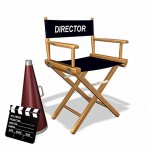 Have you been to the cinema lately?

I recently ventured out to see the Rise of the Planet of the Apes.  It was an enjoyable evening but I got a little agitated by what happened at the end.  Don’t worry, I’m not about to spoil the movie for those who haven’t seen it.  If anything, it’s a very useful bit of information for you.

My pre-movie expectations were low.  Having watched the latest trailer I couldn’t help think I’d already seen the entire movie, or at least all of the good bits. Plus as the story takes place prior to the original Planet of the Apes films I knew the ending before it started. So not a great start…

A cinema does of course have many benefits over home TV viewing, but it also lacks in other areas too.

There’s an enormous screen that laughs in the face of televisions.  You get an atmosphere that can enhance belly laughter ten-fold during a side splitting comedy. Viewing is of a blockbuster movie when it’s released, and not 6 to 12 months later. Interruptions are minimal, well non-existent really. Phones shouldn’t ring, door bells won’t chime and there’s even a cup holder strategically placed at the end of your arm.

3D movies are almost becoming essential due to their superior quality over non-3D. It’s as though 2D is purposely being sabotaged, suffering from a huge breakdown in resolution, colour and sound.  Or maybe I’ve just adjusted to 3D, blu-ray and HD quality already.

The cinema does of course mean a trip out, queuing for a ticket and then separately for a drink.  Things I don’t need to do at home.  The seats are no match for my sofa either. Plus there will of course be those who turn up thinking it’s a social event with their friends, chatting, fidgeting and kicking the backs of seats whilst rustling food containers throughout the entire movie.  How much food do you need for heaven’s sake?

Oh and don’t forget this is all provided without the ability to press pause for a quick toilet break.

Ok, so the cinema is still a good night out. I agree, but why do they do one particular thing in a movie that makes no sense at all?

As Rise of the Planet of the Apes finished the credits started to roll. Hundreds of names went past. At this point people began to stand up and leave, some fairly swiftly too. I was still sitting down as the first few left.

But then came the ridiculous moment. Yes, you’ve probably guessed… the movie hadn’t finished. A little way into the credits another scene appeared. It didn’t last long but it was a crucial moment in the story telling.

And this is where I have a problem…

It’s hardly suspense. It was a completely pointless bit of timing. No one expected it as the movie finished well. May be the director believes cinema goers should stay behind in detention fashion to read every name associated with it.

It was a crazy bit of timing that left me with the feeling that the movie had been slightly ruined. It’s not because I’d got up by this point because I hadn’t, but because I couldn’t see the screen or hear what was being said due to the auditorium resembling a football terrace from the 70’s.  Virtually everyone else was standing and chatting loudly about the past 100 minutes.  Some teenagers were even making ape noises believing they were starting a new race of life.

Looking back I realised that if I’d been watching this at home I probably would’ve missed the delayed ending too.  For some reason the credits prompt a change of channels on the TV, always have done and always will.

After this “final” scene I stayed behind to see if the movie had any more secret scenes.  The credits rolled for what seemed like an eternity. May be the director had got his wish about someone watching the credits after all.

I waited at least another 5 minutes or so watching scores of names scroll by.  Finally I did give up, but only because the cleaners arrived to clear the mess created by the auditioning apes.

So as you can see, I came away with plenty of thoughts. It’s just a shame that the main ones were not of the actual movie content.  Saying that I did get a couple of hours of entertainment for just £8.50, pretty good really.  Plus they didn’t change channel when the credits started to roll, unlike at home.  Oh, and a special surprise ending, even if no one actually saw or heard it.

I’ll finish with a bit of advice for us all, it’s quite simple.  Just stay on your backside until the cleaners walk in!

This entry was posted in Entertainment, Out and About and tagged Cajuzi, cinema, cleaner, planet of the apes. Bookmark the permalink.

4 Responses to Rise of the… No, just sit down!