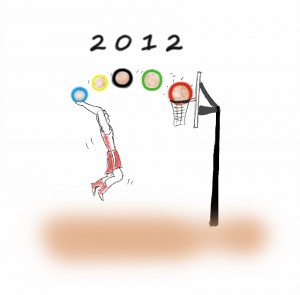 Have you ever heard someone utter the words, “a licence to print money”?

It’s a nice thought and a great privilege if you’re allowed to do it.

Well, the Royal Mint has that very privilege. They also have the honour of making coins by the billions to pump into the monetary system.

Perfection is the key

Clearly it carries a great responsibility. Everything has to be exactly right with the printing of each note and the structure of each coin. With a high level of accuracy every single item produced has to be as per the design specification.

When Was That Then?

Well apart from when they get the design wrong that is. Take for example the new 20p coin launched in 2009. Its size and weight were perfect but after the Royal Mint had sent 200,000 into circulation they then realised they had forgotten to date them. Coin collectors went mad of course, paying up to 250 times their face value to get hold of one.

I’m sure that’s a mistake that the Royal Mint will never make again.  Presumably they now have even stricter rules to reach perfection.

Well, unfortunately it appears that isn’t the case. You see, the Royal Mint have just launched new 5p and 10p coins. The new designs will save them £8m a year apparently.

Now that is marvellous.

The cost saving is in the material used for the coins as they are now being made out of steel instead of copper and nickel. So what’s the problem then?

A Cost Saving? Er, No

Well unfortunately it would seem that in order to keep the coins the same weight they’ve made each one thicker.

You see, in the UK there is an old style parking meter that is unable to accept the thicker coins, and the problem is they are installed everywhere. The estimate to replace these useless parking meters is estimated to be around £80m, to be paid for by the local councils.

Not marvellous at all.

So due to the incompetence of the Royal Mint coin designers there are bound to be some serious parking issues coming up. The thing is, parking is bad enough already. Car parks never seem to be made big enough.

May be this will force the government and councils to look into controlling parking in a better way.

Why Put It There?

For instance, my youngest daughter plays netball during the evening at a local sports leisure centre. Parking would be fine if it wasn’t for the fact that there’s a secondary school bolted onto the side of it.

This means that whenever the school hold a parents evening, or something similar, it’s impossible to find a space to park. It leads to double parking and complete chaos.

Of course I do find somewhere to park eventually, but I end up missing a substantial amount of her training session. She really enjoys playing and her ability is improving all the time I might add, not that I get to see much of it.

Who knows maybe one day she’ll be on TV. At least it will allow me to watch a recording once I’ve given up on the parking idea.

Success can surely happen as only last year one of the older girls progressed to playing for England, which is fantastic. If only netball had been made into an Olympic sport then she could’ve potentially played for England at the London 2012 Olympics, and been on TV too.

Now that would definitely be marvellous.

Oh, whilst on the subject of the London 2012 Olympics, a special commemorative collection of coins are now on sale. Guess who made them?

Yes, the Royal Mint of course.

A lot of thought has gone into the making of them, and let’s face it, given the amount of attention surrounding the London 2012 Olympics they need to get them bang on perfect.

There are 29 coins to collect in all. Each one representing a different Olympic sport from the London 2012 line up.  Number 5 for instance is basketball.

Personally I really enjoy basketball. I loved playing it and find it great to watch, which is why I’m off to see a couple of games with my family when the Olympics arrive in London.  It’s because of this that my dad has bought me a number 5 coin to keep.

Now, we had a look at it to see the unique design on it, and yes, it represents the sport of basketball. There’s a special moulded design on one side. On the other side, the head’s side, it has the standard Queen’s head with the official wording of “ELIZABETH.II.D.G REG.F.D.2011”.

Yes, they remembered the date this time.

Well no, it isn’t really. The thing is, presumably the date on a coin has to be when it was actually made. Otherwise it may be deemed illegal. I get that bit.

So I guess you may have realised by now that for something that is to be a collectable, commemorative coin for the London 2012 Olympics does in fact have the date of ‘2011’ planted on it.

Only the Royal Mint could make something so collectable, seem so worthless.