Sky Need To Take A Leaf… 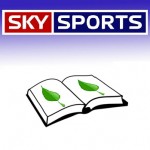 Last month Sky TV offered Sky Sports free for an entire weekend.  This meant that any Sky subscriber who hadn’t paid to receive Sky Sports as part of their TV package deal would be able to watch it.

Now, I have a problem with that, despite it being a nice gesture by Sky… for some people anyway.

It’s a good benefit for existing customers, which is a bit of a rarity as usually the offers are for new customers only. The common approach is to generally ignore the existing customer base as they’re already hooked and paying for the privilege.  It’s not just Sky that do this obviously, mobile phone companies have been doing it for years.

The problem I have is this. I’m one of the existing customers who pays up front on a monthly basis for Sky Sports. So hang on a moment, please allow me to make a little comparison before I make my real point…

I love watching American Football.  Every year the NFL is broadcast on Sky Sports and to be honest, it’s probably the only reason why I subscribe to the sports channels.  Despite the fact it’s only broadcast from September to early February I’m still forced to take out an annual contract.

I won’t go into the big benefit that I’d personally have if Sky offered a sports package by the type of sport, for instance just the NFL.  It would be great and reduce my costs immensely, but then I guess that’s why they don’t do it that way.

I Can Just Walk Away

OK, never mind.  The thing is, I also love to watch Formula One and from 2012 Sky Sports will have coverage of every race during the season.  This will be from March to November, meaning that I will at least have something to watch all year round on Sky.  Marvellous.

Now due to my enjoyment in watching the F1, I have recently purchased the F1 2011 game for the PS3. I must say, it’s pretty awesome and I’m completely hooked.  I’m rubbish, but at least no matter how many times I crash I can still get up and walk away from my sofa.

I bought the F1 game from Amazon.  I pre-ordered it some time ago and they delivered it on the day of release.  So a great service.  A few days later I received an email notifying me that they were issuing me with a refund.  It turns out the game was selling for less than what I had originally paid.

Now I can’t help but compare this to the issue I have with Sky.

As you may remember I pay up front for continuous viewing of Sky Sports, and this included every weekend in September, unsurprisingly.  Well in my mind that’s similar to pre-ordering the F1 game.

The real difference of course is that Amazon recognised I had paid more than the equivalent customer and acted without hesitation.  A kind act towards to a loyal customer and now I will undoubtedly consider heading back to Amazon in the future.

So you see, I pay an extortionate amount for Sky Sports, and yet when they provide it for free to existing customers they are actually punishing the loyal customers who pay them a gazillion pounds!  There is a complete disregard towards people like me.

So please Mr Sky, can you take a leaf out of Amazon’s books and be kind enough to hand back my £2 please?

Yes I know it’s not quite a gazillion pounds but it’s close enough.  And anyhow, it’s the principal of the matter.  Oh, and before you try, get a proper book, you’ll struggle to get a leaf out of a Kindle.

One Response to Sky Need To Take A Leaf…